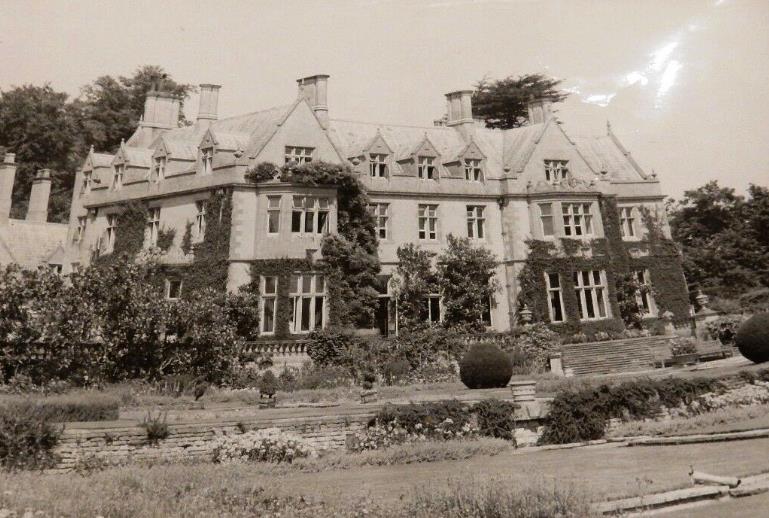 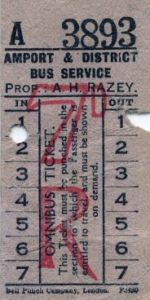 September 1950. We had just completed our eight weeks of basic training at RAF West Kirby and were all eager to know where our next posting was to be. Against my name was RAF Amport but this raised a problem, no one had a clue where it was. I remembered that the education section had a map on the wall showing all RAF stations in the UK, but the only place remotely similar in name was RAF Airport in the woolly wilds of northern Scotland! I hoped there had not been a mistype? Eventually, the Sergeant in charge came up with the answer; RAF Amport is the Headquarters of Maintenance Command, he said, it’s in Hampshire near Andover.

After a short spell of leave I arrived at Andover railway station, and upon asking how I got to Amport, was told there was a local bus service. After waiting for quite a while an old fashioned 1930’s coach pulled up – this was the local service to Amport. The coach chugged out to RAF Andover, turned left and made its way through a labyrinth of country lanes. Eventually, the coach swung round in front of a pair of huge iron gates and the driver directed me up the lane to the right.

I walked up past the church and eventually came to a large wooden hut which was RAF Amport’s guard room. Unlike other camps I had been to, there were no fences, no gates and no guards, just a couple of elderly Air Ministry Constables sitting in the hut drinking tea!

I spent my first night sleeping in a dormitory over what used to be the stables before transferring to a collection of dilapidated huts on the way to Thruxton. The accommodation was very basic with no heating or hot water in the bathhouse. There were two ways to get from the huts to the main camp, the long way round by road or, a (long) short cut across the fields – the latter not to be recommended on a dark night! 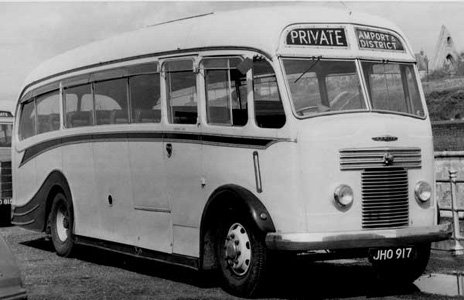 I have fond memories of the local bus service, not only because it took me into Andover for nights out and to the station for weekends at home but because it was like nothing I had encountered before. There were, it seemed, no regular bus stops, people hailed the bus from the doors of their cottages, or simply flagged it down anywhere along the way. On return journeys it was not unusual for the driver to help elderly ladies with their shopping, sometimes even carrying it into the house for them.

I had only been at the camp for a few weeks when there were more new arrivals, who decided to spend their first evening in Andover. Unfortunately, no one had told these lads that the last bus left town at 10 pm – they had to find their way back – five miles through that labyrinth of lanes on foot and in the dark! These poor chaps arrived back very late, looking a trifle dishevelled – unable to find their way and with no one around to ask they had been obliged to climb road signs and use a cigarette lighter to see where they were going.

On one dark winter evening, a colleague and I decided to attend evensong at Amport Church – the congregation consisted of the Vicar, a couple of locals and the two of us. With no organ or even a piano, I struggled to sing the hymns when everyone else, including the Vicar, seemed to be tone deaf!

Most weekends I played hockey for Andover Town, and at that time the team consisted mainly of personnel from the various services stationed around the town. Our matches were played all over the County and beyond. I was usually picked up by someone with a car; often by a Colonel who drove like a maniac while chain-smoking small cigars. I cannot remember exactly when or why but I remember parading through Andover as part of a United Service Group.

Copyright of the author above, and re-published with his permission.

Harry said: I would be more than happy to be part of Amport history. I was stationed at Amport from September 1950 until June 1952 and have some very fond (and some not so fond) memories of my time there. RAF Amport must have been fairly unique having no boundaries, guards etc allowing us to wander freely in the surrounding countryside which we often did at weekends.